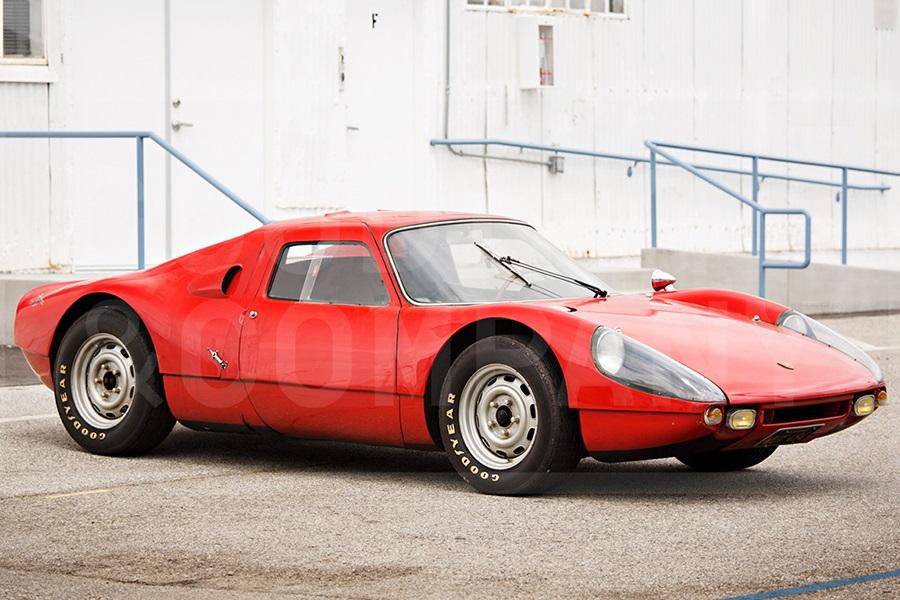 It’s hard to deny the impact that F.A. “Butzi” Porsche had on the German automaker, especially when you talk in terms of 1964. That year saw Porsche debut the 911 road car as well as the 904 Carrera GTS. What made the GTS even more remarkable was its innovations that literally changed the world of automaking. 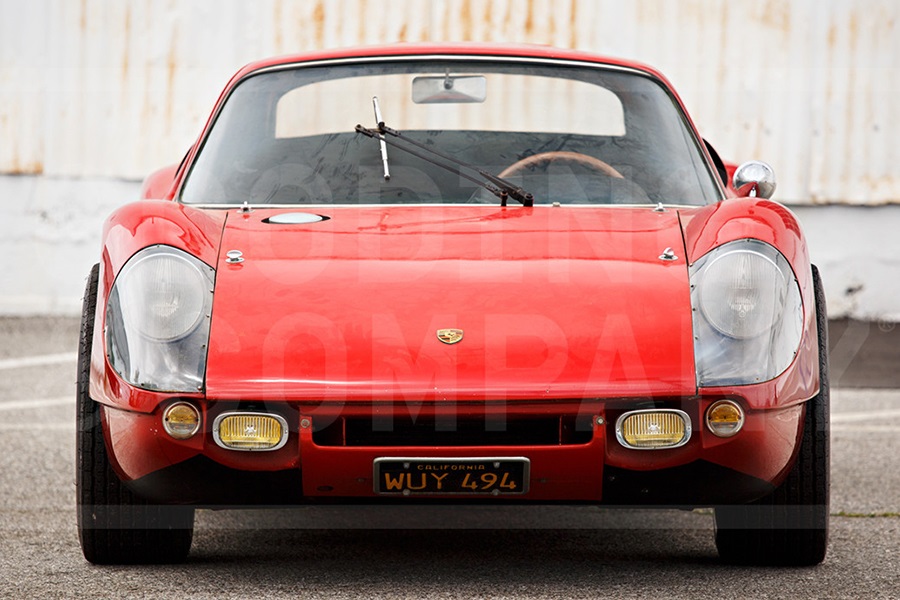 The 904 Carrera GTS was the first Porsche to use fibreglass for its bodywork. The process was developed in consultation with aircraft manufacturers and resulted in a lightweight car that weighed just 1,433 pounds. The fibreglass components were bonded to a boxed steel chassis, lending plenty of rigidity to the build. The new approach created better aerodynamics, and the 904 was capable of hitting speeds previously unimagined for a Porsche.

Adding to its performance capabilities was a four-cam, four-cylinder engine designed by Ernst Fuhrmann. This application of the engine was the final use, and the engine went out with a bang. Type 587/3, the 904 engine used a plain-bearing crankshaft and could produce 180 horsepower. The new body and the engine combined for an impressive 300 class wins and 145 overall victories at various international races. But the 904 wasn’t just intended for the track. Built as a dual-purpose vehicle, the 904 dominated the highways as well. 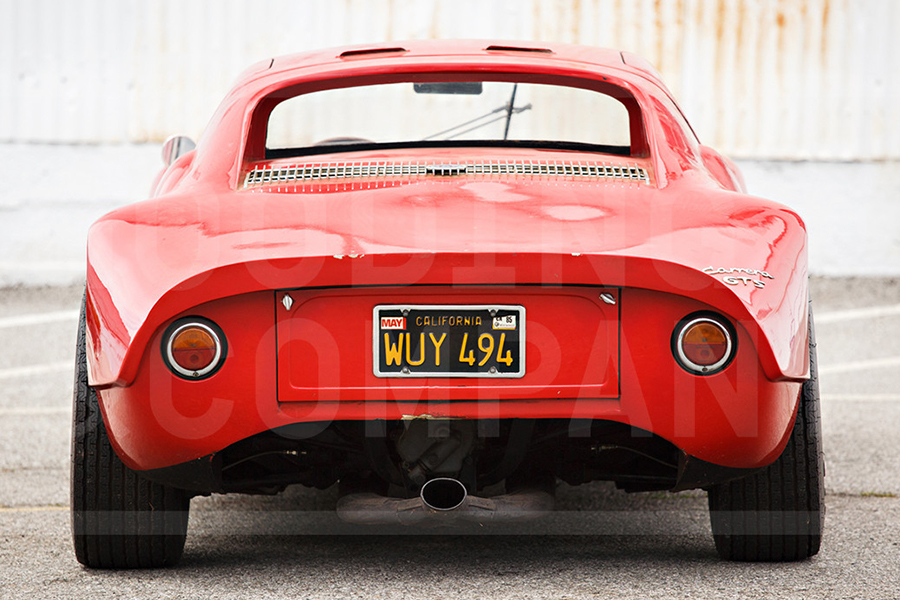 One example of the 904 is being sold by Gooding & Company. Chassis number 044, the 904 in question was completed in April of 1964. It was one of three cars that went to Ernest Prinoth, an Italian racing driver. Number 044 stayed with Prinoth while the other two were given to friends. Prinoth raced 044 in the Bolzano Hillclimb in Northern Italy before selling it. From Italy, the car made its way to California, where it underwent a “California” restoration—a red paint job and improved trimming on the inside. With all matching numbers, this beauty is looking for the right owner to own the roads and the track once again. 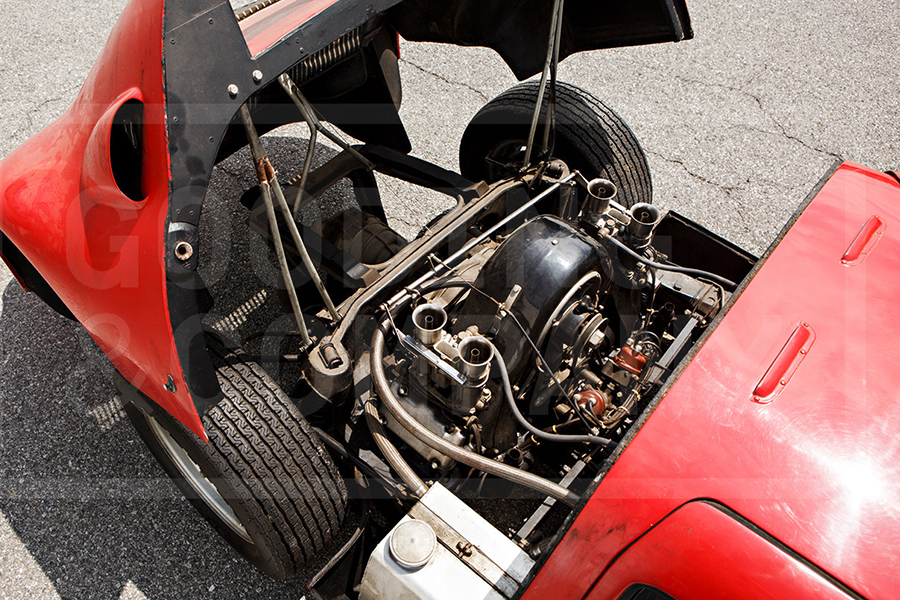 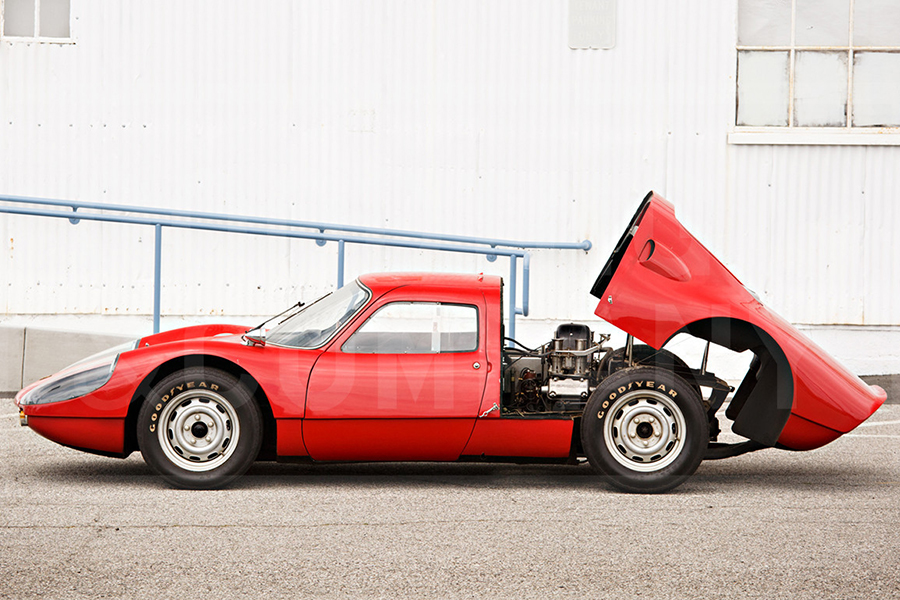 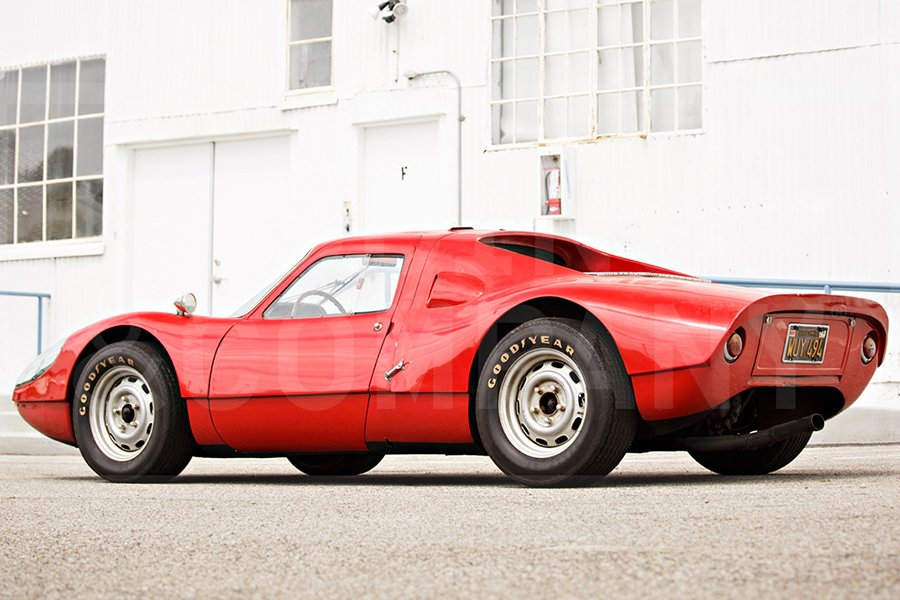 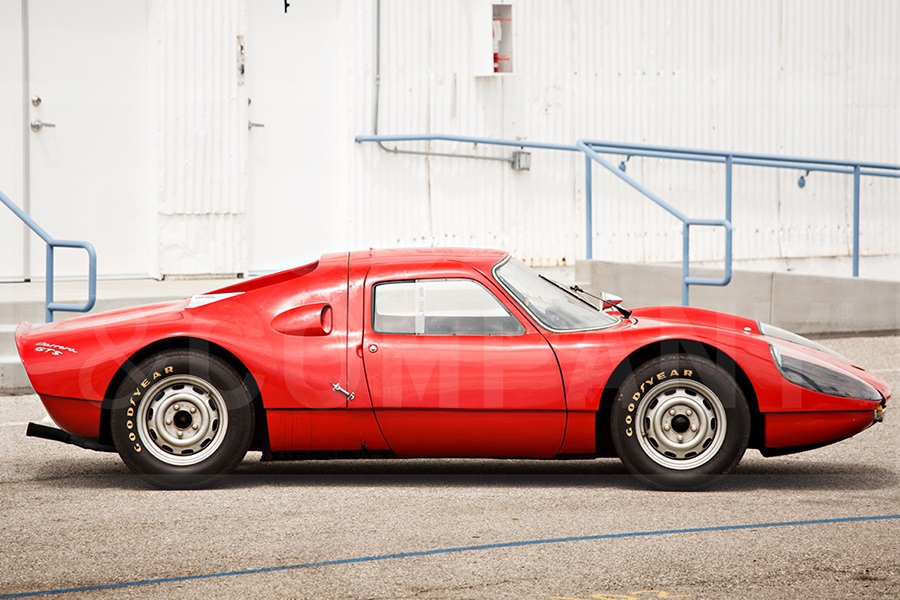