Aktuelle Seite: Start / Entertainment / Watch This Badass Eagle Snatch a Shark Straight Out of the Ocean 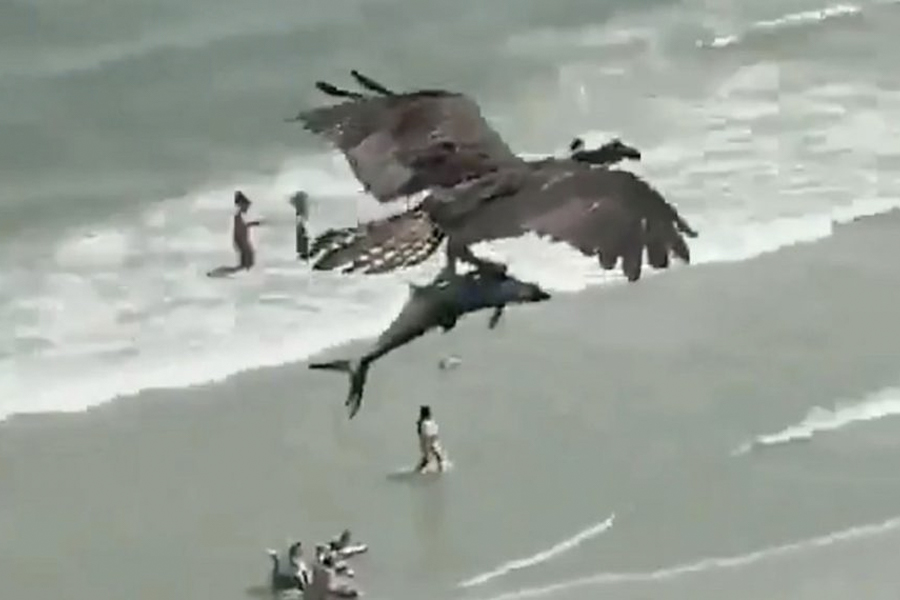 There’s nothing better than fresh-caught fish, even our bird friends agree. In a disturbing video that appears to sum up our collective 2020 perfectly, one absolute weapon of an eagle appears to swoop down and snatch a f*cking shark straight out the ocean. Not a fish, a shark. Even better, this big dog eagle just takes off into the sky, shark-in-claw.

How many of you knew a sharknado was coming next? https://t.co/rc4pKdnYbu

The footage was captured on Myrtle Beach in South Carolina last week by Tennesse native Ashley White. The beach-goer reportedly snagged the deadliest catch footage from her 17th-floor hotel apartment. Since it was posted, the video has racked up a wealth of comments, including one from The Asylum, the studio behind the film Sharknado.

The reality is that many birds of prey hunt in shallow waters over the beach, plucking their meals from the watery depths. In most cases, the fish will then be taken to another location where it is devoured by its captor and a number of younglings. What makes the story interesting is that this isn’t just some fish, it’s a shark; the most feared hunter in the ocean.

While we have little doubt that the shark was lifted away to be consumed by the eagle somewhere else, the optimist in us wants to believe that sharks and eagles have finally decided to put their land/sea/air squabbles to rest, teaming up to finish our 2020 with a bang. Flying sharks? Why not.